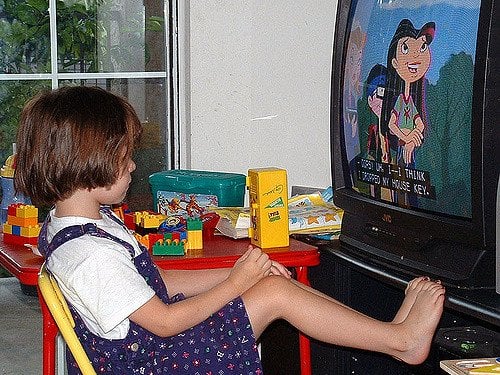 I'm not going to lie: it was painful.

Luckily for you, I've taken the time to watch and review whatever potty training videos I could get my hands on. I also had my own toddler chime in whenever they were around and interested enough to comment on the video. Funny aside: near the end of day one, my son asked me with concern in his voice if I was having trouble with the potty. 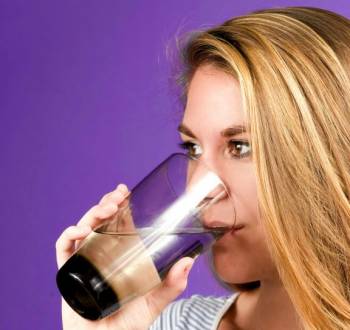 Grab a cup of water and get comfy - the toilet training video review is about to begin!

Let me begin by saying this isn't an exhaustive list. I'm sure if you went to the Library of Congress you could find many more DVD's full of animated toilet delight. But I'm a parent - and a pretty busy one at that. And this is a hobby for me, so I went down to the library and checked out whatever videos that were available. I also had a couple around the house that are in our employ, so I added them to the mix. I ended up throwing out the worst videos - no need to waste your time with me making fun of a video. As you'll see, there's something for everyone available. I'd first see if your library has any of these available to see if the video works for your child before buying them - though all of these videos are under $20 as of the time of this review.

Potty Training Videos (In Order Of First To Worst)

The Magic Bowl is one of the most innovative toilet training aids I have come across. It's also really weird. However, every video is weird, so I'm not holding that against this contender. It was created by a doctor as a way to help children through the whole training process.

This video discusses issues not raised in other videos - like constipation, or the difficulty in learning to "aim" for boys. It also conveys empathy in a very strong manner. The characters actually seem to care about you the viewer, and your potty training struggles. It handles accidents and practicing in a very empathetic manner.

Do note: there are no potty chairs in this video, only "big" toilets. This is a plus to some; a negative to others. There are also diapers present, though not too much for my liking (unlike some videos).

There's also a good helping of cause and effect - for example the characters need to leave the zoo when one of the characters wets his last diaper. If your child is higher on the emotionally developed scale, I think they'd get into this video.

That said, it's visually strange. The production quality is well done. On one level it reminded me of a G-Rated "South Park" Episode. Songs like "Poopy Drop" and a touching moment where the anthropomorphic toilet smiles after being shot in the eye with Sammy Jo's urine stood out enough to make me take notice, but you'll find your own gems inside. The music is catchy - great for your kids. Not so much for you when you are humming and reliving this mild fever dream in your head. Potty Power For Boys And Girls is more of a "traditional" potty training video. I got this one from a friend that swears by it, having had great success using it with their toddler. The child actors all seem to be in the 3-4 year old range, which I think is a good thing because younger children can identify with them yet still look up to their older counterparts.

This "big kid" theme plays out often in the video. The "baby" vs "big kid" difference is illustrated many times - crib versus bed, spoon fed versus eating ice cream on their own are two examples. Toilet paper is introduced in this manner - babies get wet wipes while big kids use toilet paper. (I guess this might be a problem is you use a bidet, but then again you are probably used to having the world stacked against you already if you fall into this camp.) Potty chairs are discussed in this production as just one of the many different sizes toilets can come in.

Music and songs are a staple of Potty Power as well. Some seemed to be more aimed at girls than boys, but there are plenty gender-neutral as well. The songs are simple and catchy (hooray!), which is good from a training perspective.

I didn't like the video production quality. Having been produced in the mid 2000's I can cut them a little slack, but it made my eyes bleed a bit on an HD screen. The lead adult actress is a bit perky for my taste; I could imagine it would grate on me after multiple re-watchings.

You love snails? You do? How about English accents? Well, have I got a video for you!

This DVD caught be off guard - I actually liked it. Sure, it is all about cheesy animation, but the content of the video was good. It takes a straight-forward approach to potty training - going over everything in step-by-step detail. There's even a "potty steps map" which I could see being a big hit with those just embarking on the journey.

Potty Adventure makes sure to convey in a friendly manner the idea that training can take time. They employ quite a bit of repetition to help with the steps, but I wasn't bored watching it. It also handled to localization issue - we all have different "pet" names for urine and feces. Most videos refer to this as "pee/poop" but in some areas that's not the dominant nomenclature. (Please don't ask me how I know this. I JUST DO, okay?)

Now, one holdup I had with the video was the issue of the Returning Diaper. There's a school of thought I somewhat subscribe to that we don't want to make the diaper seem any more exciting than it is to a child. We are trying to get out of that trap, aren't we? So in most videos, the diaper either disappears early or isn't a focus of the film.

In this video, the diaper comes roaring back in the near-closing of the movie. I guess the idea is to waive buh-bye at your diapers, but I can see a younger child (most likely the beginner this flick is tailored to) not getting the concept that the diaper was just stopping by to say goodbye. I know how difficult this process is, and if for no other reason than superstition I don't want a diaper upsetting my potty training apple-cart at the last minute.

The diaper thing might not bother you - or maybe you just have a thing for snails. If that's the case, feel free to go with Potty Adventure. You can definitely do worse in the quality department.

We have one of the newer videos on the potty scene. Potty Time introduces signing (aka sign language) into the realm. This would obviously be very helpful if your child is less verbal or perhaps at the earlier edge of the potty training spectrum. For example, if you decided to start training your child well before the age of two, this might be a good hook to help in the process.

My son happened to walk by as this video was on, and immediately was mesmerized by the children doing a sign "song". He also enjoyed the Hopkins the Frog character immensely. To each their own, I guess.

The video covers all the bases of toilets, listening to your body, hygiene, accidents - the things we need to get across while training our toddlers. It also does a good job in expressing the idea its good to celebrate our successes, just as it's ok to make mistakes as we are learning.

On the flip side, it felt short - it was under thirty minutes running time which isn't particularly small, but it felt like it ran by quick. Come to think of it, I should probably bump up the rating  just on that criteria alone - all these videos feel looooong after seeing them the hundredth time.

I did think it was odd that you never had a visualization of a kid going onto a potty in the entire video. I guess they figure most kids will get that from their parents,but still it's standard fare in most of these other videos. These two animations seemed to be paired up with one another. They are separate videos catering to Princess and Pirate lovers respectively. They play up the theme well - the pirate video has songs with plenty of "arrgs" in them for example. The grammar was pirate level - I could see the grammar nazis among us having a hissy fit when they hear their kid repeating over and over a song about "washing your hands good".

However, the copies I had weren't very good quality. The dubbing of voices weren't in time with the animation, and I had to actually turn off the Potty Princess video since the quality was giving me a headache.

My guess is this means kids will eat it right up, since it's been my experience that video quality has zero impact on whether a kid likes it or not. However, for your own sanity, stay away.

Now here's the rub - what a parent likes isn't necessarily what your kid will like and react favorably to. For example,I hate Elmo. Yeah, sue me.

But I know there are tons of kids out there that identify and love the red freak. And if my child were one of those kids, you bet I'd bite the bullet and play that video as long as I needed to get my toddler diaper-free.

What I hoped to accomplish here was to give you some insight into videos to try FIRST - ones that might be tolerable to hear over and over, as their songs embed into your brain. But if your child has a favorite character and that media conglomerate makes a training video - by all means go for it.

If you have a video you really like that I didn't mention, please let me know in the comments. I'm finally getting some more free time so I plan on keeping this site regularly up-to-date now. Good luck in your potty training adventure!

Hello! I'm Mary, and it's great to see you dropped by. On this site I'll be using all the tips and tricks I learned guiding my oldest son through the toddler years. Hopefully you'll learn something new and helpful. As I am now a stay at home mom, I now make a living through purchases made through sites, such as Amazon.com, Diapers.com, Giggle (and more!) at no cost to you.

Thanks for dropping by! I hope our information and unbiased reviews are helpful.
Just an FYI - I have a family to feed just like you. I make my living at no cost to you through purchases made at affiliate and partner sites such as Amazon.com, Target.com and others. This way I'm not pressured to look for sponsored posts, and can deliver my real opinions on how a product will work for you. Thanks for the support.
-Mary